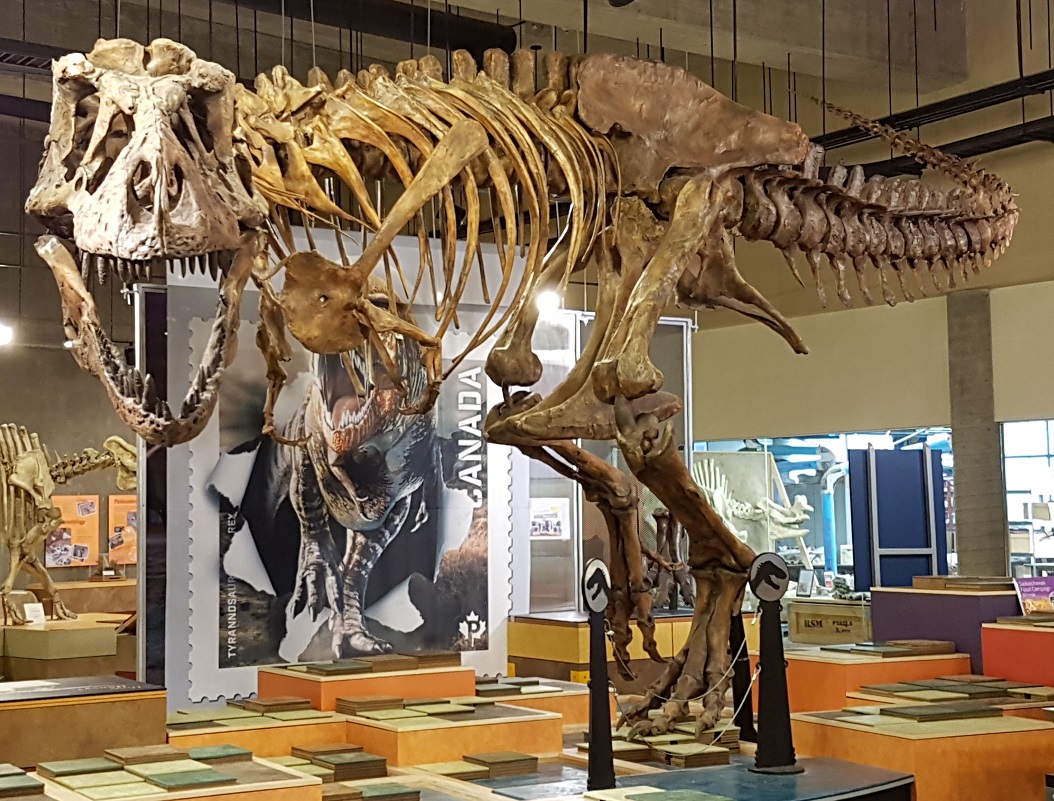 On August 16, 1991, then high school teacher, Robert Gebhardt from Eastend joined our palaeontologists on a prospecting expedition to the exposed bedrock along the Frenchman River Valley to learn how fossils are found and identified in the field.

Within a half a day, he discovered the base of a heavily worn tooth, and a vertebra from the tail, both suggesting that they belonged to a T. rex.

In June 1994, our palaeontologists began excavating the T. rex, one of the largest known carnivorous dinosaurs. Over 6,000 people visited the excavation site during 1994. The 65-million-year old skeleton is the first T. rex found in Saskatchewan, and was named Scotty.

The T.rex Discovery Centre was built to contain the fossil remains 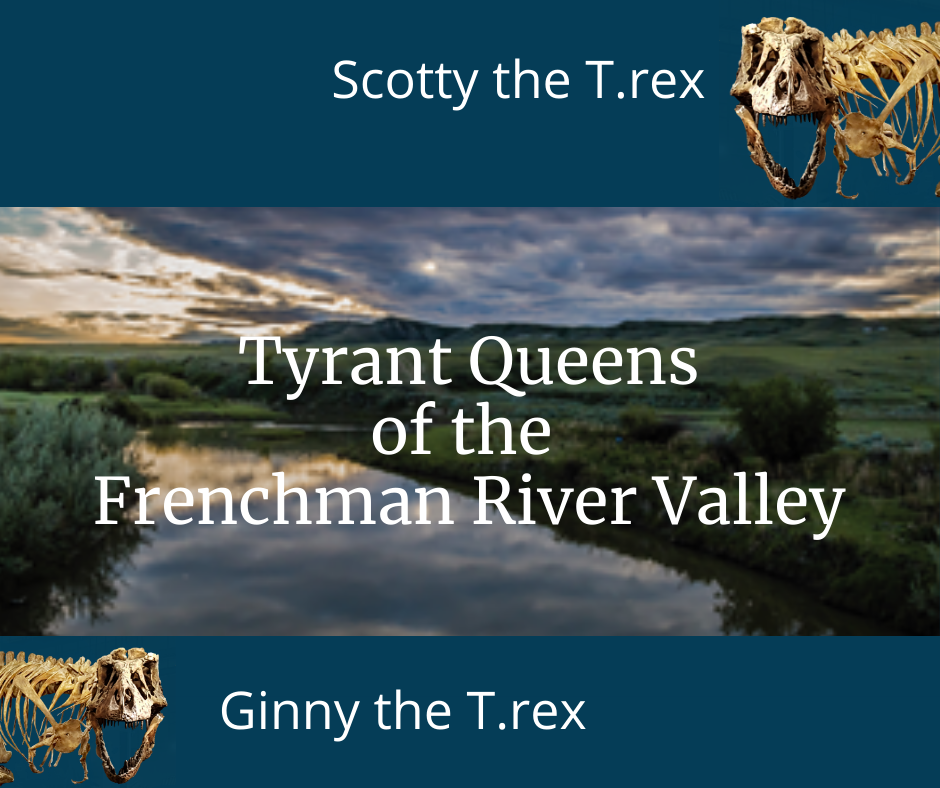 of Scotty, one of the most complete skeletons of this type in the world at 75 percent complete.

It also showcases many other fossil specimens that can be found in Saskatchewan and the surrounding area, like Ginny the T.rex, discovered in 2005.

Home to Scotty the T.Rex - Canada's largest T.Rex discovery and the most massive T.Rex in the world, watch Scotty's discovery unfold in the documentary "Dinosaur Hunters" featured every 30 min in the Centre's theatre. Take a guided tour with one of the Centre's Guides, which takes you on a tour of Saskatchewan paleontological past. Discover what it’s like to be a palaeontologist at the Paleo Lab.

Great indoor and outdoor activities for kids, what fossils may they discover at the Children’s outdoor sandpit excavation area.

Learn more about the area as you take the T.rex Discovery Centre Natural Trail. 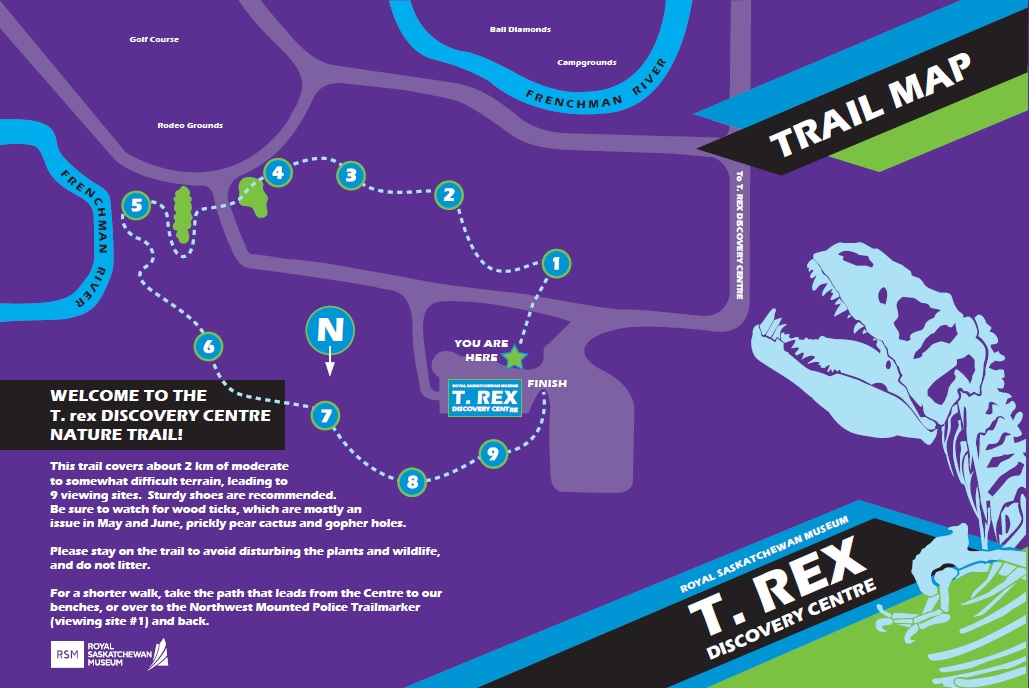 Watch the documentary The Story of Scotty The T.rex - Biggest in the World