The Town of Eastend is surrounded by nature, with breath-taking views and wildlife.

Located approximately 7 miles west of Eastend, it is the valley’s best-known landmark. 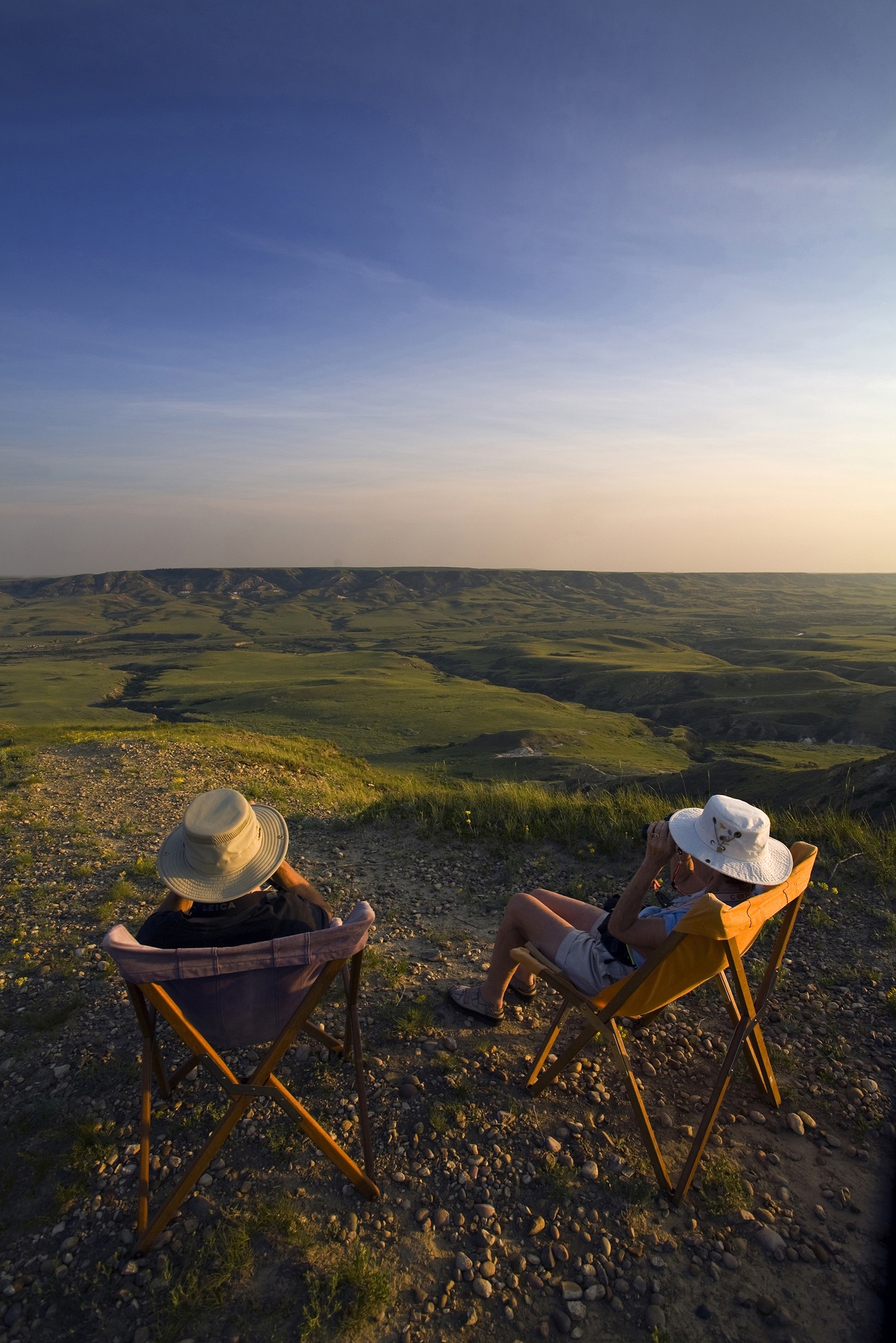 Named after Harold “Corky” Jones, He was a local rancher, avid amateur palaeontologist and historian who called Eastend home. He found a number of fossils including a Triceratops skull.

Jones' Peak offers visitors a breathtaking panorama of the river valley and range-lands below.

An excellent area for birding and wildlife viewing. 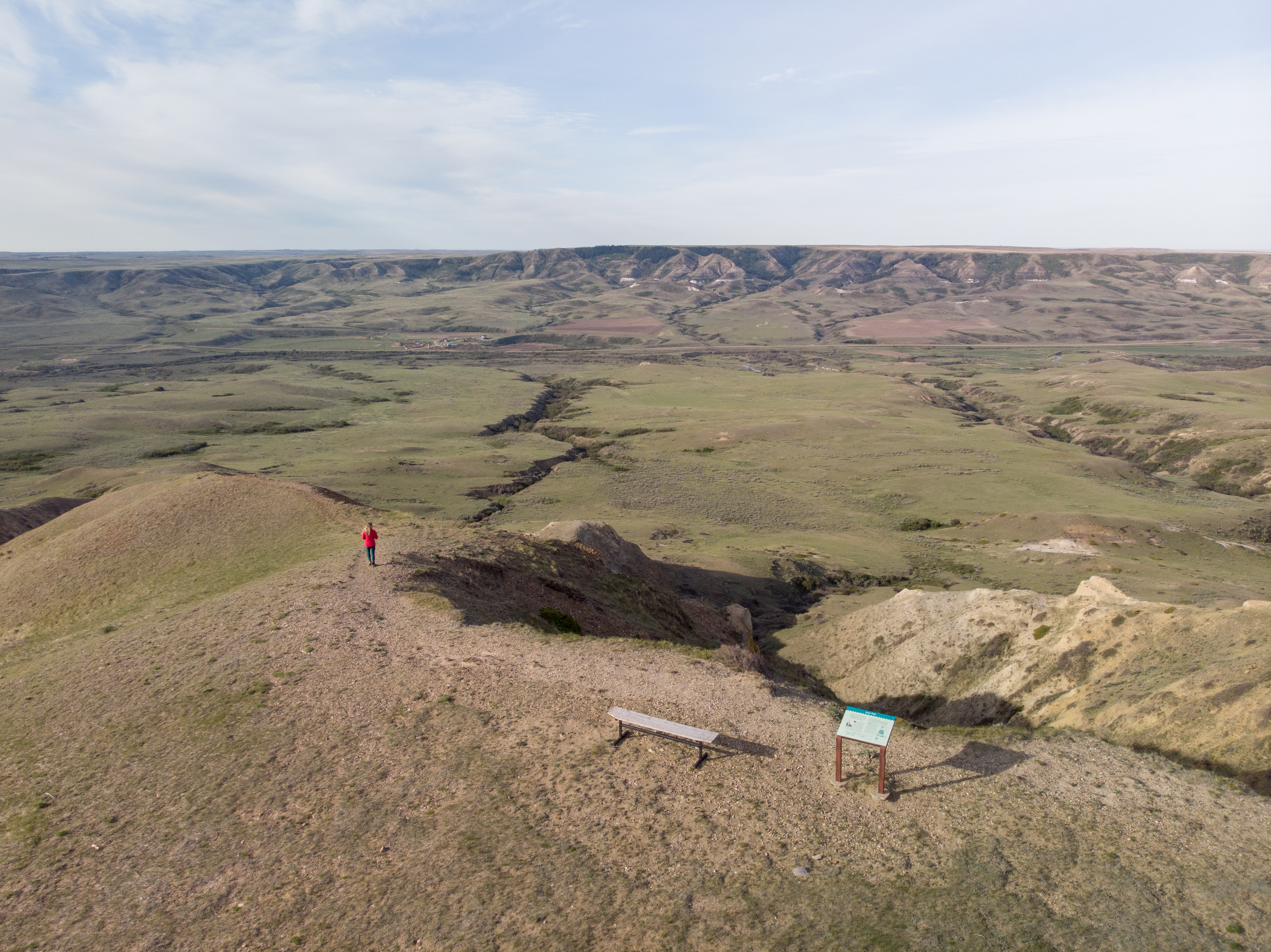 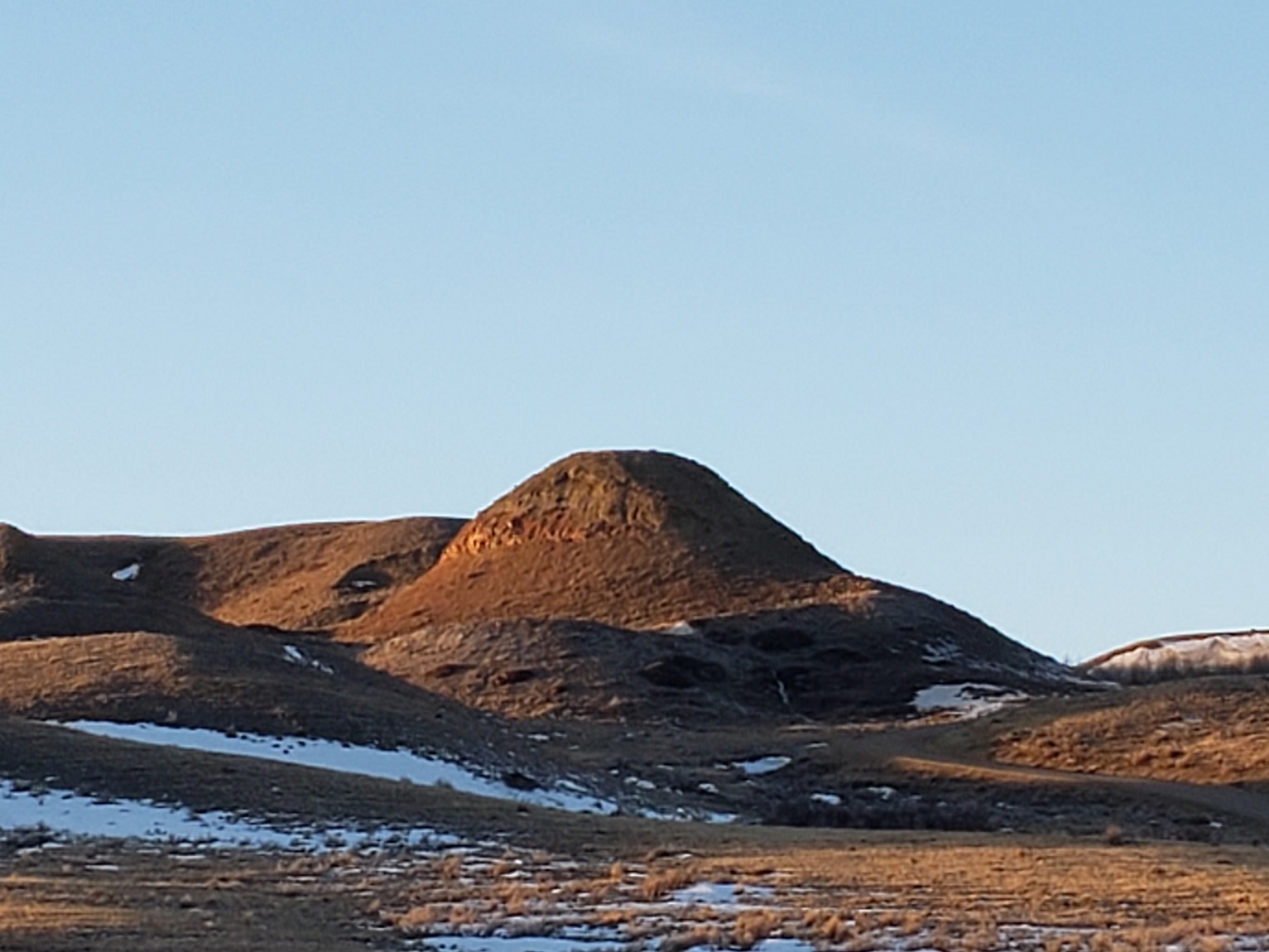 Once known as Wedding Cake Hill, it was a large deposit of white mud clay.

Back in 1930, an industrious miner thought it would be easier to mine the clay if he burned away the coal seam on top.

Instead of burning for days, the coal burned for years and changed the colour of the white clay to chocolate brown.

The Chimney Coulee Provincial Historic Site is named after the stone chimneys that were left as the last remnants from the Metis settlement. 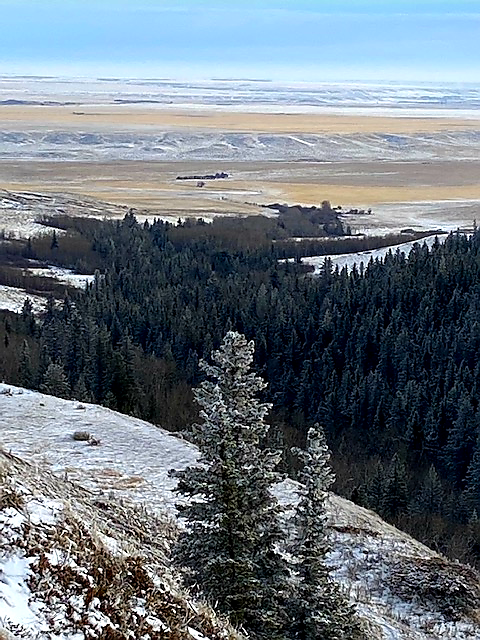 historic themes. Buried deposits of butchered bone and stone tools attest to precontact use of the site. In the latter half of the nineteenth century, particularly during the 1870s, the coulee was a wintering site for Métis bison hunters. With the disappearance of bison from the area, it is believed that the Métis had largely abandoned Chimney Coulee by about 1880.

Chimney Coulee is also associated with the fur trade. Over the winter of 1871-1872, Isaac Cowie operated a Hudson’s Bay Company post in the coulee with the ultimately unsuccessful goal of furthering trade with the Blackfoot (NIITSITAPII). Immediately following Cowie’s abandonment of the post in the spring, a party of Blackfoot ambushed and killed nine Nakota (Assinboin) at the site.

The site also reflects the Canadian government's efforts to consolidate its authority in the North-West Territories. The "East End" North-West Mounted Police post was established in the coulee in 1876 as a way station between the Fort Walsh and Wood Mountain police detachments. It later had an important role monitoring Sitting Bull (Ta-tanka Yotanka) and the Lakota Sioux who had fled the United States following their victory at the Battle of Greasy Grass/Little Big Horn. The post operated intermittently until being permanently closed ca. 1887. (Source: Province of Saskatchewan, Order in Council 870/86, August 21, 1986).

The Town of Eastend is surrounded by nature, with breath-taking views and wildlife. 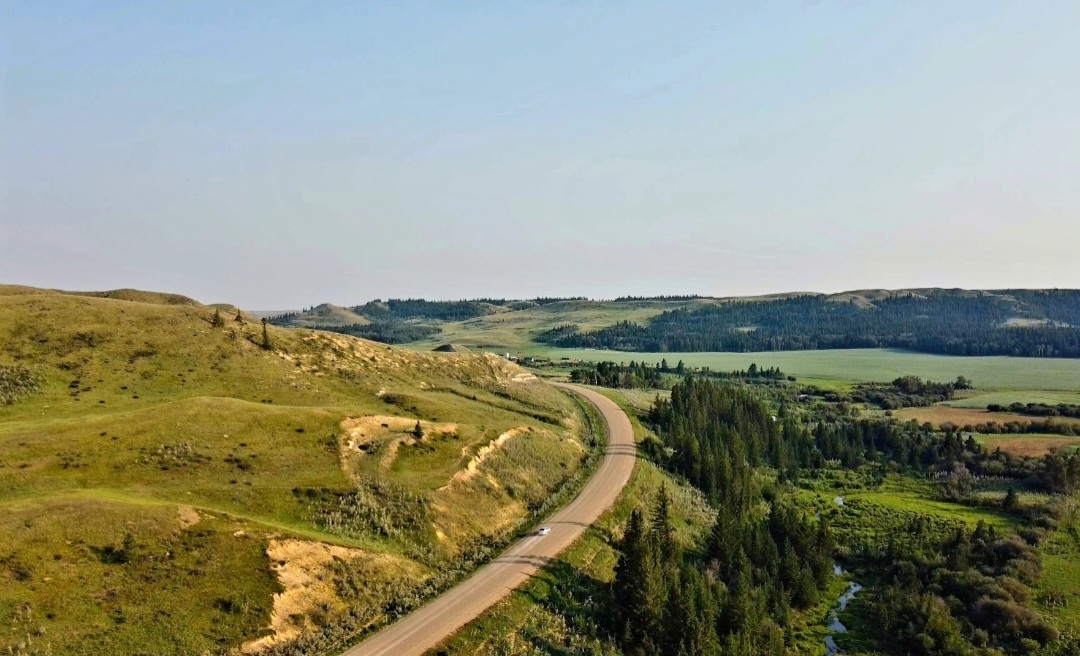 Twenty-four kilometers north of town you’ll come across the Dividing Springs Ranch and Continental Divide. On your drive you will enjoy scenic views as you go through the Frenchman River, Conglomerate Creek and Bone Creek valleys.

A green interpretative sign that tells about the area is located on the right side of the road. This interesting geological feature is basically an imaginary line that extends to Chimney Coulee and divides which way the local waters flow. North of the line, the creeks and rivers flow northeast to Hudson Bay, which is around 1800 kilometers away. Creeks and rivers found to the south of the line flow roughly 2768 kilometers south to the Gulf of Mexico. It’s quite similar to the Continental Divide found in the mountains, which divides waters that flow east/west, but is on a much smaller scale.

In the area of the Dividing Springs Ranch is an underground spring that is the source of Conglomerate Creek, which flows south to the Gulf of Mexico by way of the Frenchman and Missouri Rivers. Also in close proximity is the spring of Bone Creek, which flows north to Hudson Bay after meeting up with Swift Current Creek, another local creek that flows through Pine Cree Regional Park and has its headwaters a few miles to the southeast. 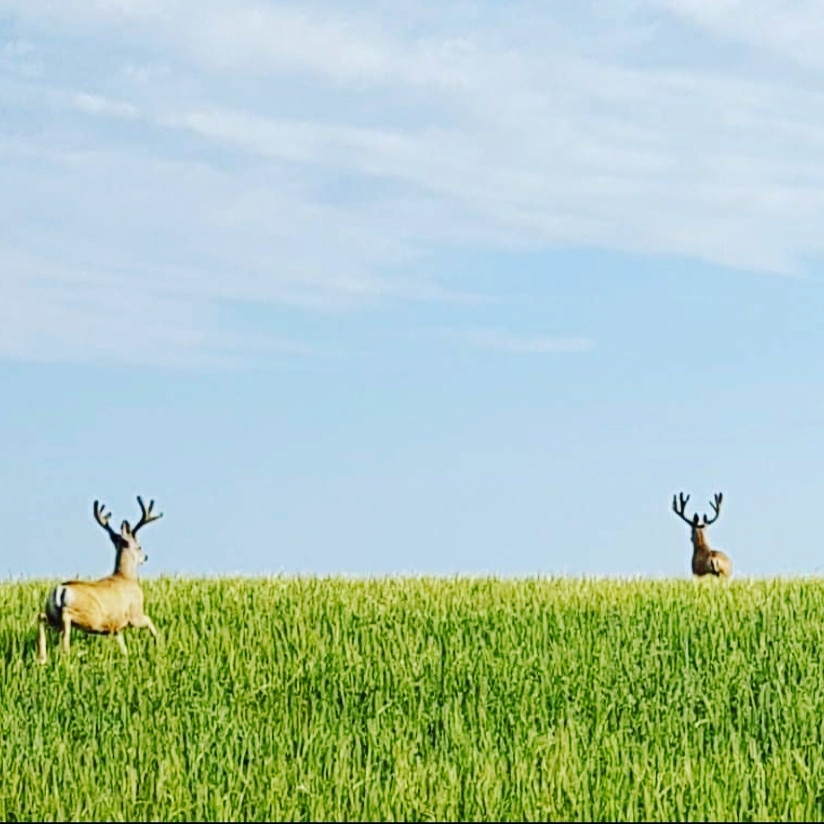 The valleys and surrounding coulees are filled with wildlife such as whitetail and mule deer, antelope, coyotes, rabbits, and perhaps even moose.